Our sixth Arab Film and Discussion Event was again very well attended – on the 2nd of April 2014 at 6:30pm every corner of the Filmrauschpalast was taken by almoust 80 people to watch the film “Libya, the revolution and me”and to subsequently discuss the film, the Libyan revolution of 2011 and the current political and social situation in Libya.

The film approaches the revolution from the perspective of the film maker Nicole Nagel, who arrives in Libya for work and starts portraying the rebels and their fight against Gaddafi. She conveys her personal impressions, shows families, women and children surrounding the rebels and creates an emotional picture of the revolutionaries’ situation. The film gets closer and closer to the insurgents, accompanying them until the front lines. After the revolution she returns to Libya, meeting again with her old companions. In spite of the euphoria caused by the victory, one of the young fighters provides a thoughtful end to the film, uttering that in the face of the lack of a new constitution the real fight for Libya’s freedom was only about to start.

Consequently, the reform of the Libyan society was the main topic of the following discussion. With the audience’s lively participation the film maker Nicole Nagel, media scholar and Libya expert Dr. Carola Richter (FU Berlin), and the president of the Libyan Community in Germany Same Ghati provided lots of information and different points of view regarding various questions. Complemented by personal impressions from a young Libyan in the audience a very broad picture of current developments arose. The conversation’s topics were for instance the financing of the rebels in 2011 and of the militia today, the hard–to-develop democracy, security issues and unstable power structures, freedom of speech and press, the Libyan cinematic culture, the comparatively high standard of welfare and education, and the influence of the Europeans before and after the revolution.

The event was presented by Andreas Fricke (14km e.V.). Thanks go to Mai Micklisch (intern at 14km e.V.) and Johanna Kramer (14km e.V.) as well as the Filmrauschpalast team for their organisational help and support. Photography by Helena Burgrova. We thank the audience for their participation!

The next Arab Film and Discussion Event will take place on 13th of May 2014 at Zille-Haus Moabit. 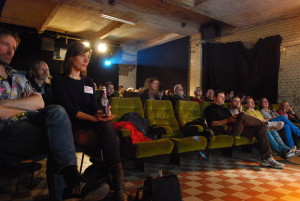 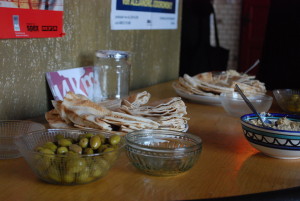 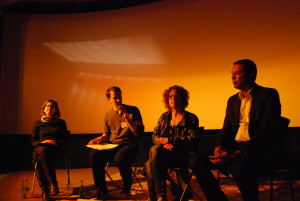 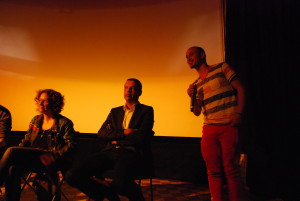 Carola Richter commits herself to international dialogue and a scientifically sound perspective on Islam and the Arab World at eurient e.V.

German newspaper article about Same Ghati and the Libyan Community of Berlin during the revolution against Gaddafi (Tagesspiegel 02/03/2011 “Libyer in Berlin: Im Widerstand zusammenwachsen” by Karin Christmann) 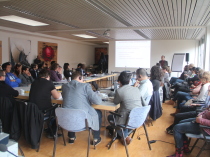 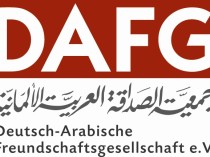