„Libya, the revolution and me“, 6:30 pm at Filmrauschpalast, Lehrter Straße 35, Berlin Moabit We cordially invite you to our film and discussion evening on Libya, which will take place on April 2nd at 6:30 pm in the context of our Arab Film and Discussion Series. We will be screening the film “Libya, the revolution and me” by Nicole Nagel (2013, 82 mins, Arabic/English/German with German subtitles). The film tells how the film maker from Berlin starts documenting the revolt in Libya. While NATO forces support the revolution by air strikes, she portrays the revolutionaries close to the front lines, as well as women supporting them with passion. The filmmaker herself starts holding the revolutionaries' standpoint more and more clearly and open. The film will be followed by a open conversation and audience discussion in presence of the film maker and further guests on the Libyan revolution of 2011 and following developments, as well as on the repercussions on Libyan immigrants in Moabit and Berlin. Attendance is free, donations are welcome. The event will take place at Filmrauschpalast, in the Kulturfabrik Berlin Moabit, Lehrter Str. 35. You can see here where the Kulturfabrik is located. In regular intervals we screen films which deal with different Arab countries and subsequently discuss the films and current social and political situation in the respective countries with guests from Berlin Moabit as well as with country experts, always aiming to make links to North-South relationships. Flyer 14km Libya Event download and share! The project receives financial support in the context of the quarter management Moabit Ost through funds from the Programme Social City (EU, Federal Government, and Federal State of Berlin). Trailer / film preview

Call for applications: Position as a Volunteer at 14km 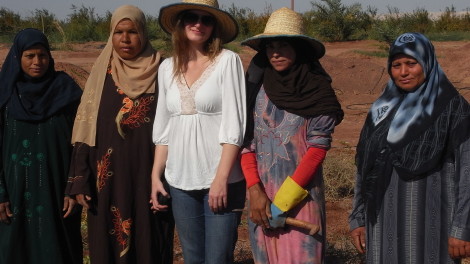 CALL FOR APPLICATIONS Vacancy: Position as a Volunteer at 14km e.V. ‚14km – the shortest distance between North Africa and Europe‘ e.V. is a non-profit NGO based in Berlin which supports intercultural exchange and co-operation between Europe and North Africa/the Middle East. Our international volunteer programme with North Africa/the Middle East facilitates internship/volunteer positions with our partner organisations in different Arab countries. But it is not just for volunteers – it is also volunteer run! This is why we are looking for a motivated volunteer to help us expand the programme. For more information on our organisation please see www.14km.org.   Tasks -      Carrying out interviews with applicants via Skype -      Communication with applicants, partner organisations and 14km colleagues via Email -      Evaluation of profiles and evaluation forms -      Updating the data base of the volunteer programme -      Selection of suitable organisations for applicants -      Facilitation of internships/volunteer placements -      Participation in 14km team meetings in Berlin (app. every 3 weeks) -      Occasional participation in events in order to present the 14km volunteer programme   What We Ask For -      Interest in North Africa and the Middle East -      Intercultural sensitivity -      Readiness to deal with people -      Communication skills (politeness, kindness, dependability) -      Very good English skills (German not absolutely necessary) -      Reliability and carefulness -      Organisational skills -      Readiness to work from home and from own PC -      First experiences in human resources management are an asset -      Regional knowledge on North Africa and Middle East is an asset -      Knowledge of French and Arabic is an asset   What We Offer -      Working in a young, unconventional non-profit association -      Nice team of 7 other volunteers without hierarchies -      Flexible timing of working hours according to work load (ca. 4-7h/week) -      Gaining of work experience in intercultural work and human resources management -      Opportunity to facilitate intercultural experiences for young people and to support exchange between Europe and MENA -      Sense of achievement through many facilitated internships/volunteer placements -      Opportunity to become involved also in other work areas of 14km by bringing in own ideas   Applications including short letter of motivation (Email) and VC (PDF) to be sent to Anja Gebel at anja.gebel@14km.org until 21 March 2014 We particularly welcome applications from persons with migration background.

This was our Arab Film and Discussion Event about Morocco 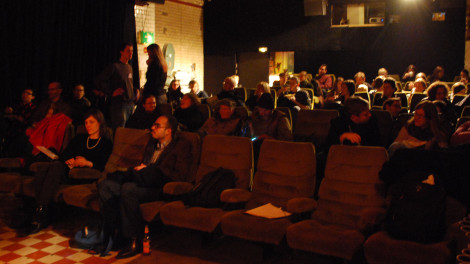 Our fifth Arab Film and Discussion Event was very well attended – on the 5th of March 2014 at 6:45pm all seats were taken by more than 60 people to watch the film “My Makhzen & Me” and to subsequently discuss the film and its topic of Moroccan revolution with our guest. The film "My Makhzen & Me" approaches the topic from the perspective of the protesting and unsatisfied youth around the 'February 20th' movement and its website 'Mamfakinch'. Film maker and activist Nadir Bouhmouch portrays the initiating protests taking place on the streets of Morocco against the governing elite on the basis of several youtube videos, own film footage and interviews. But the protest loses momentum due to the Kings well aimed tactics of minimal concessions and repression. In addition, the film criticises Morocco's poor socio-economic situation and deficient educational system. In the discussion following the film screening, Mohammed Masbah (SWP Berlin) answered many questions from the audience in a detailed and illustrative manner, using his personal experience as well as his perspective as a researcher. For example, he discussed the fact that the movement failed to reach out to many parts of Moroccan society. As a consequence, and also due to the Kings speech in March 2011 and in fear of civil war conditions like in Syria, most people decided to stay calm. The event was presented by Andreas Fricke (14km e.V.), German-English translation by Anja Gebel (14km e.V.). The restaurant Argana in Moabit (in the process of opening) sponsored plenty of Morrocan specialties. We would like to thank Mai Micklisch (intern at 14km e.V.) and the Filmrauschpalast team for their organizational help and support. We thank the audience for their participation! In regular intervals we screen films which deal with different Arab countries and subsequently discuss the films and current social and political situation in the respective countries with guests from Berlin Moabit as well as with country experts, always aiming to make links to North-South relationships. The next Arab Film and Discussion Event will take place on 2nd of April 2014 at Filmrauschpalast Berlin. The project receives financial support in the context of the quarter management Moabit Ost through funds from the Programme Social City (EU, Federal Government, and Federal State of Berlin).