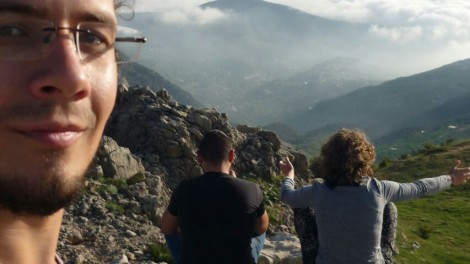 My name is Michael and I am currently enrolled in an internship working as a researcher and grant director with the Lebanese NGO SMEX - Social Media Exchange. I started in April 2015 and I will stay in Beirut until October. SMEX is a media advocacy and development organization based in Beirut. We provide on- and offline trainings for journalists and activists and advocate for human rights adapted to technology and the web throughout the MENA region. The founders Mohamad and Jessica are experienced and their work is very professional. I am very happy to have found this internship as I learn a lot about the way how local NGOs work, digital rights in the Arab region and social media tools for advocacy. Lebanon is a very interesting country with a lot of different and often opposing views within society - it gives me a lot of input to think about and to question assumptions I had before. “Unfortunately” a lot of people speak perfectly English, so my plan to really learn Arabic and French did not work out until now. The people are very nice and it is easy to engage with them and to do lots of different activities (hiking, cycling, beach, party, …). The safety situation is relatively good, but one should be aware of limitations within the country and some negatively affecting interior and exterior conditions which could change the current situation. 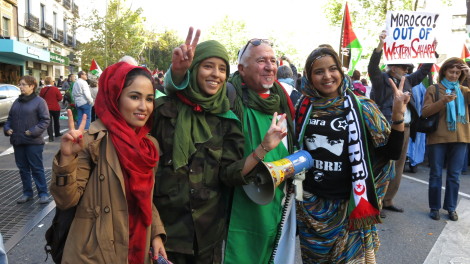 “LIFE IS WAITING – Referendum and Resistance in Western Sahara” (documentary, USA /Western Sahara 2015, original version with English subtitles, 59 min) by Iara Lee    on Wednesday, 07th October 2015 at 6:45 p.m. (1845)    at Filmrauschpalast, Lehrter Straße 35, 10557 Berlin-Moabit 14km.org presents the fifth evening screening of the 2015 “14km Film and Discussion Series.”: In her film, “LIFE IS WAITING – Referendum and Resistance in Western Sahara” (Arabic/Spanish/English/French with English subtitles), director Iara Lee documents how the Sahrawis, the local people of Africa’s last colony, Western Sahara, continue to struggle for their independence from Morocco despite it being promised by the former colonial power, Spain, over 40 years ago. Following the film screening, special guests will engage with the audience to discuss the independence movement and the current situation in Western Sahara. Attendance is free, donations are welcome. The event takes place at Filmrauschpalast cinema, on the 1st floor of the Kulturfabrik's backyard building in Berlin Moabit: Lehrter Straße 35, 10557 Berlin. The discussion ends at 22:00 (10 pm) at the latest. Facebook event Additional film informations The 14km Film and Discussion Series 2015 gets sponsorship by budgetary funds of the Federal State of Berlin – Office for Development Cooperation. Further events are scheduled as followed: 28 October / 18 November / 9 December The events are dedicatet to a single country or specific topic, in order to give an artistic-documentary impression . The ensuing audience discussion aims to include further informations by an affected person living in Berlin and by an scientific expert, always aiming to make links to North-South relationships. We express thanks for the support: 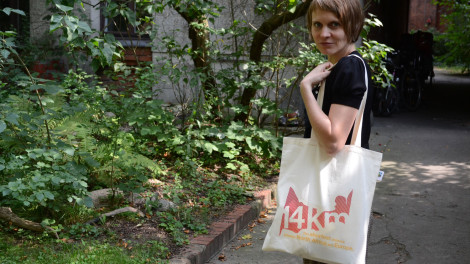 Jute bags labelled with our motto "14km - The shortest distance between North Africa and Europe" are now available! We want to spread the message of just how close North Africa and Europe are to each other! It's a message that deserves more attention, especially now when so many people are fleeing the region and seeking refuge in Europe. We want to send a signal against xenophobia and to promote the building of bridges across these "14km." These fair-trade, hand-made jute bags are produced especially for you! You can purchase one (or more!) for 10 EUR* per bag at our next event, such as the 14km Film and Discussion Series. Alternatively, we can deliver if you pay the extra shipping costs - simply email info@14km.org to place and order. Buy a bag and wear a statement of just how close our cultures are! * By purchasing a 14km jute bag, you help support our non-profit, volunteer work. 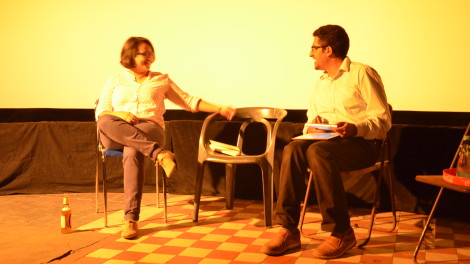