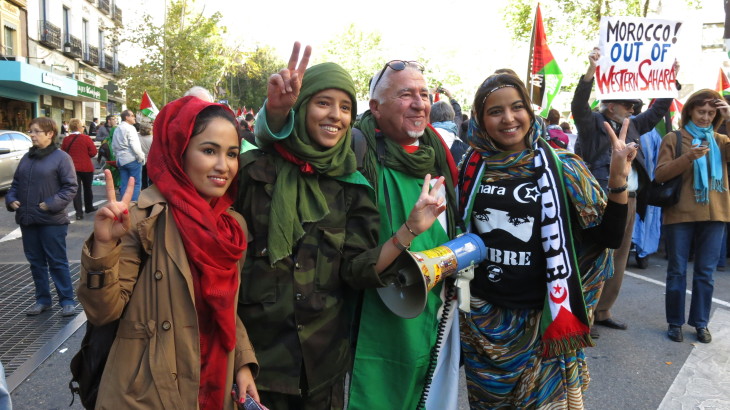 14km.org presents the fifth evening screening of the 2015 “14km Film and Discussion Series.”: 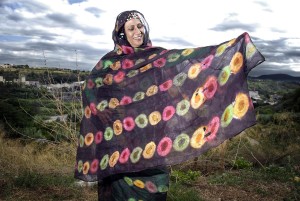 In her film, “LIFE IS WAITING – Referendum and Resistance in Western Sahara” (Arabic/Spanish/English/French with English subtitles), director Iara Lee documents how the Sahrawis, the local people of Africa’s last colony, Western Sahara, continue to struggle for their independence from Morocco despite it being promised by the former colonial power, Spain, over 40 years ago.

Following the film screening, special guests will engage with the audience to discuss the independence movement and the current situation in Western Sahara. Attendance is free, donations are welcome. The event takes place at Filmrauschpalast cinema, on the 1st floor of the Kulturfabrik‘s backyard building in Berlin Moabit: Lehrter Straße 35, 10557 Berlin. The discussion ends at 22:00 (10 pm) at the latest. Facebook event 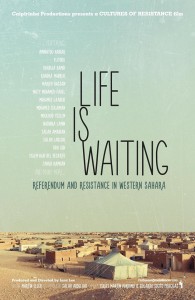 Further events are scheduled as followed: 28 October / 18 November / 9 December The events are dedicatet to a single country or specific topic, in order to give an artistic-documentary impression . The ensuing audience discussion aims to include further informations by an affected person living in Berlin and by an scientific expert, always aiming to make links to North-South relationships. We express thanks for the support: