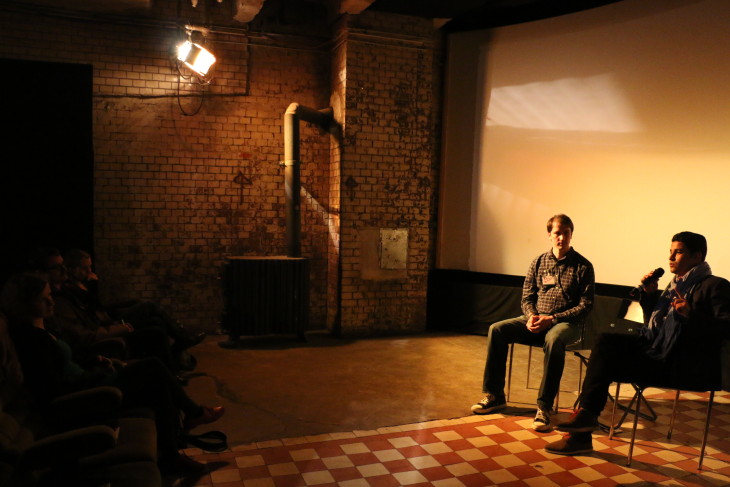 Last Wednesday we launched our annual 14km Film and Discussion Series at Filmrauschpalast in Moabit. As opening movie we screened “Azul” of Tunisian film maker Wassim Korbi who himself belongs to the indigenous group of Imazighen (sg. Amazigh, often called “Berbers”) in Tunisia. Following the screening, Abderrahmane Ammar, Berber-Expert, sociologist at Humboldt University Berlin, and freelance journalist, shared his insights into the Amazigh culture as well as into the political and social situation of the indigenous population in North Africa today. 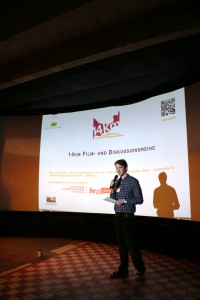 The film accompanies the director’s journey to his father’s ancestral village in search for his cultural roots. “Azul” is the greeting in Tamazight, the language of the Berbers, and language is one of the main topics that move the Berbers who are portrayed in the film. They proudly present themselves in front of their culture’s centuries-old ruins of historical buildings, or otherwise, in the deserted streets of run-down villages. They want to be recognized as indigenous population with their own history, culture, and language, and they grasp the opportunity after the opening-up of the political space after the 2011 Tunisian revolution to speak out about this wish for recognition.

The history of the Berbers today living in Morocco, Tunisia, Algeria, Libya, and Egypt, is marked by domination of foreign people in their home countries – first by Romans, then Arabs, and later by the French and Italian. “Adaptation and rebellion” – these were the only options open for the Berbers under foreign rule, explained sociologist and himself a Moroccan Berber, Abderrahmane Ammar, who was invited as speaker for the ensuing discussion. They, as “free men”, how the term “Imazighen” can be translated into English, mostly opted for non-adaptation and retreated into the mountain regions to practice their culture in their families and escape prosecution by foreign rulers. Tattoos were one means of rebellion. The signs and ornaments decorating the back of men’s hands tell about tribal belonging and religion – and they were forbidden under Muslim rule. Today, the youth chooses other means to express their identity and to combat discrimination. In the movie, young men use rap to gain attention both in their own community and in the society as a whole. 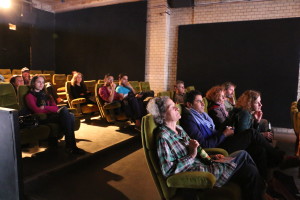 There is still reason to rebel. In Tunisia, under the governments of Bourguiba and Ben Ali, a strict nationalist policy put Arabs and Arabic into focus, as the Berbers portrayed in the movie complain. Berber culture, by contrast, was used as a folkloristic decoration to attract tourists and earn money. Representatives of this Arab nationalistic stance are among today’s political decision makers, as well as agents of political Islam who sometimes decry Berbers as atheists or rant against the role of women in Berber culture. A young Tunisian woman in the film accordingly paints the picture of the “Mère Amazigh”, the Amazigh mother, who with her status as free woman who has her own history and tradition acts as a symbol for the political opposition. In fact, women have a strong standing in some Berber tribes, as Mr. Ammar clarified in the debate. The Tuareg people for example favor women in the law of succession and women are free to choose their husband without parental intrusion. 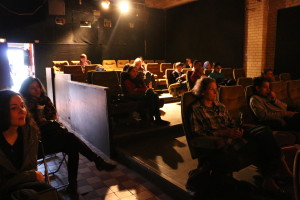 The debate with the guests, among whom there were some Tunisians, centered on the socio-political situation today and perspectives for the different North African countries. Mr. Ammar stressed that especially in some countries population statistics tend to be manipulated to understate the share of Berbers amongst the populace and to force them into a minority role. In fact, Mr. Ammar said, Berbers form the majority in Morocco, whereas they represent about half the populace in Tunisia and Libya, and there are 10.000 Berbers living in Egypt. The legal situation is best in Morocco, where they obtained political recognition in 2011. Tamazight is now an official language in Morocco. In Algeria, on the other hand, legal recognition took place early, but economic discrimination lingers. Therefore, an independency movement has grown in the Kabyle. After suffering from discrimination under Gaddafi, Berbers in Libya now fight for recognition. In Egypt, this struggle is fought mainly in intellectual debate. 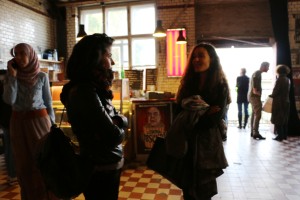 In Tunisia, the young generation looks at its origin and cultural identity with freshly gained pride. Only with higher education and international experience is it that today’s youth is able to overcome their parents’ feeling of shame who did not oppose against the reigning opinion of the stupid “barbarians”. Although they have not yet found a structure for their political lobbying, one of the best examples for the recent rise in self confidence is exactly this movie by Wassim Korbi – “Azul”: Hello, here we are!

Many thanks to Abderrahmane Ammar for the interesting insights and to all guests for joining the screening and the vivid debate!

In charge of the event and presentation: Andreas Fricke

The webpage Tlaxcala documents the Amazigh language. Thanks to our guests Hamid Behetschi for this tip.

Subject of the upcomming event are CHILDREN in (civil) war and as refugees. 14km presents the feature and winner of numerous awards “Schildkröten können fliegen” (‘Turtles Can Fly”) by Bahman Ghobadi (Iran/Iraq, 2005) in the original (Kurdish) with German subtitles. Date: Wednesday, 22nd of July, starting at 6.30 pm (18:30) at Filmrauschpalast Berlin Moabit.