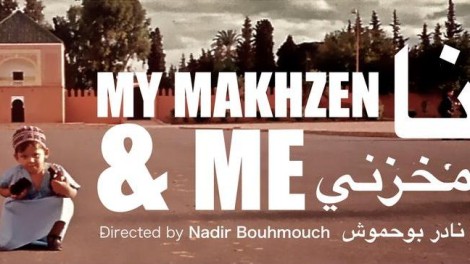 „My Makhzen and Me“ (Documentary), 6:45 pm at Filmrauschpalast, Lehrter Straße 35, Berlin Moabit We cordially invite you to our film and discussion evening on Morocco, which will take place on March 5th at 6:45 pm in the context of our Arab Film and Discussion Series. We will be screening the documentary “My Makhzen and Me” by Nadir Bouhmouch (2012, 43mins, Arabic/English/French with English and Arabic subtitles). The film shows how the young film maker returns to his home country after studying abroad in California, and finds it in a state of turmoil in the summer of 2011. The uprisings in Tunisia and Egypt had spread to Morocco. Organised by a group of students called the February 20th movement via Facebook, Twitter, Youtube and a website called Mamfakinch, people were flooding the streets and demanding change. But the Makhzen (the ruling elite) refuses to loosen its grasp. This film investigates what led to the revolt and what obstacles the people encounter in their struggle for freedom, democracy, human rights and against corruption and poverty. The film screening will be followed by an open discussion on the state of protests and change in Morocco, as well as on their effects on Moroccan migrants in Moabit and Berlin. The evening will take place in English. Attendance is free, donations are welcome. The event will take place at Filmrauschpalast, in the Kulturfabrik Berlin Moabit, Lehrter Str. 35. You can see here where the Kulturfabrik is located.   In regular intervals we screen films which deal with different Arab countries and subsequently discuss the films and current social and political situation in the respective countries with guests from Berlin Moabit as well as with country experts, always aiming to make links to North-South relationships.  The project receives financial support in the context of the quarter management Moabit Ost through funds from the Programme Social City (EU, Federal Government, and Federal State of Berlin).    Flyer Morocco download and share! 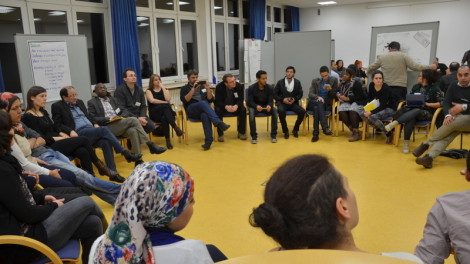 In November 2013, 14km e.V. participated in an exciting project – Johanna Block from 14km took part in a meeting of experts, the so-called youth migration council, which aims to help young migrants from North Africa in migration and integration issues in Europe. The report on this meeting of experts is now available online. The main aim of the meeting in Hattingen was to discuss how a “culture of welcome” can make life easier for young migrants in Germany. Experts from Egypt, Morocco, Tunisia, France, Italy, Spain and Germany participated in the event. The ethical aspects of immigration were at the centre of the meeting. For example, the participants discussed how immigrants can be treated with dignity and how the impression can be prevented that immigrants are just receivers of social support. The report states that “the greatest appreciation and acceptance is enjoyed by those people who are living in regular working conditions”. Thus, hindrances to taking up regular employment need to be removed. 14km has gained a lot from the meeting: We got to know many great organisations from North Africa, among them two organisations from Cairo and Fez with whom we are now co-operating in the context of our volunteer programme and to which we will be sending the first volunteers soon. Next to that we are planning further project on the topic of migration and North Africa. The complete report on the expert meeting can be read here.