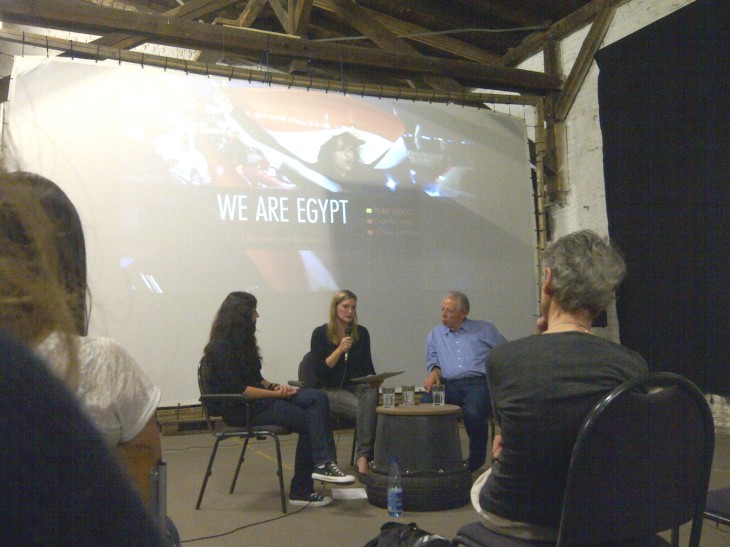 Our 14km Arabic Film and Discussion Series started successfully with yesterday’s screening of “We Are Egypt”, followed by a discussion about the film and the current situation in Egypt. We were happy to welcome around 70 guests who had come to watch the documentary by Lillie Paquette and discuss with Barbara Bishay from Mayadin Al-Tahrir and Mustafa Fahim, resident of Moabit, in the premises of the former railway depot Moabit.

The film documents the 14 months preceding the Egyptian Revolution of 2011. The filmmaker concentrates on the April 6 youth movement but also interviews and presents the views of many other relevant social and political groups, thus tracing in a very informative way the events and dynamics which culminated in the revolution.

In the subsequent discussion, Barbara Bishay, who had just come back from a visit to Egypt, gave an impressive account of current events, debates and the atmosphere among the Egyptian population, while Mustafa Fahim assessed the current situation with the distance and expertise of an Egyptian who has been living in Germany for 54 years.

The event was presented by Anja Gebel (14km e.V.), Johanna Kramer (intern at 14km e.V.) and the ZK/U team provided their valuable organisational support. We would like to thank all guests for coming and the ZK/U for the awesome cooperation. 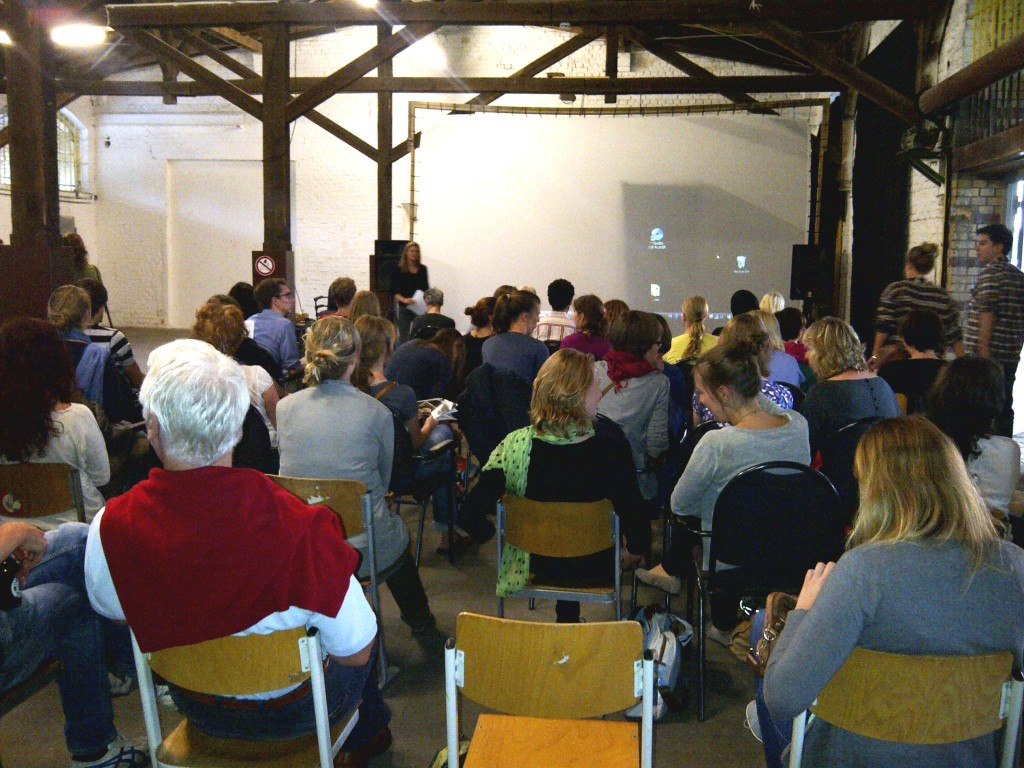 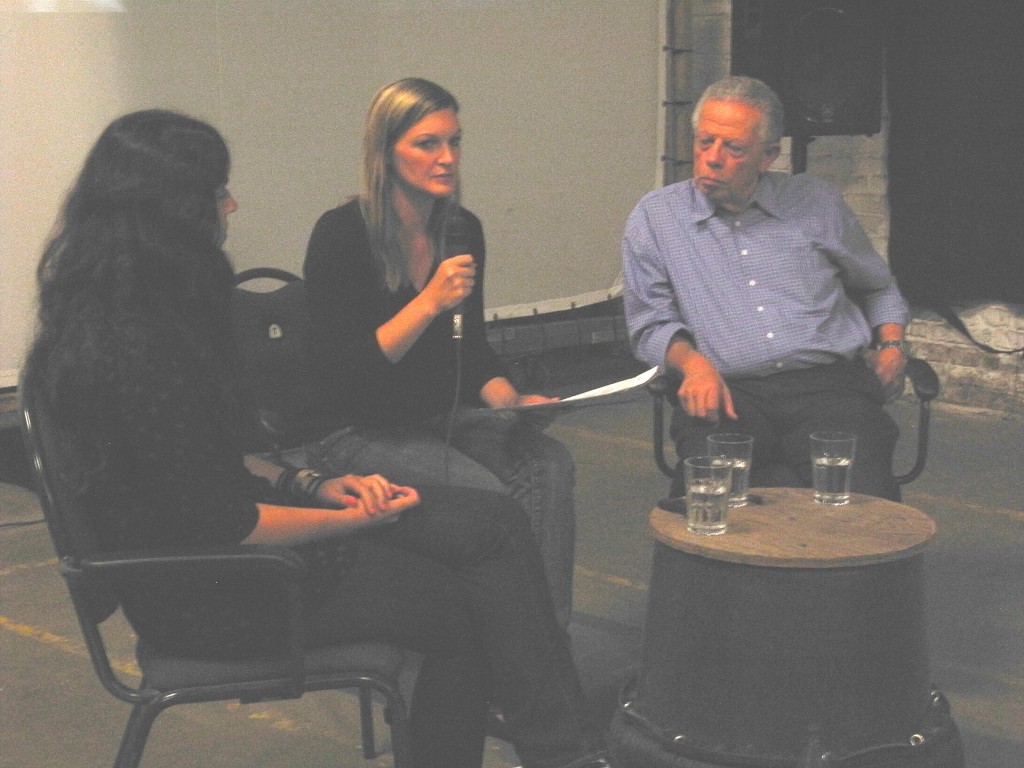 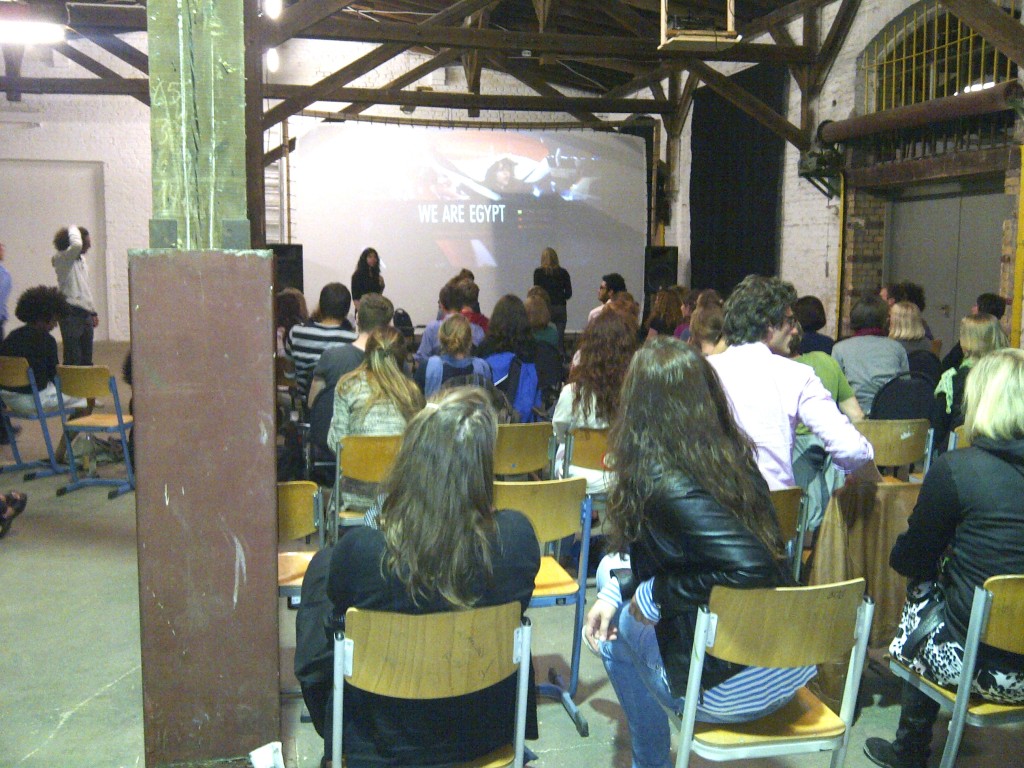 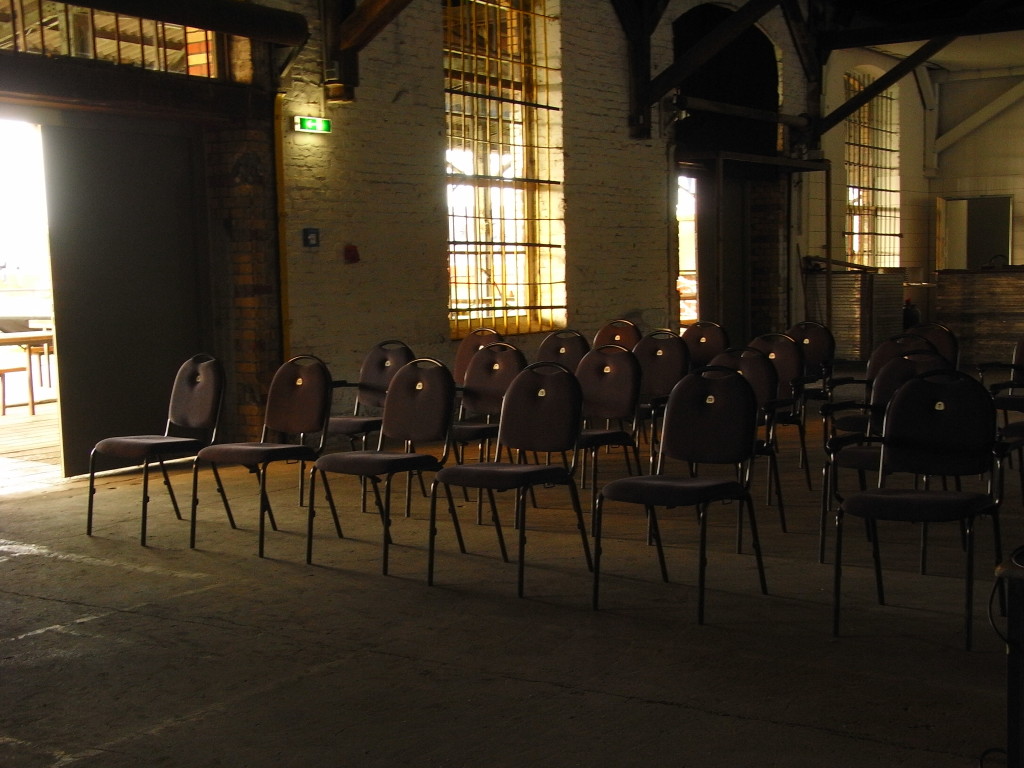 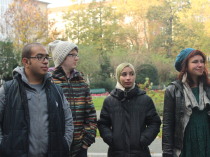 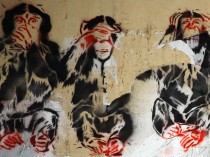 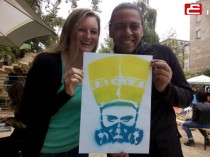