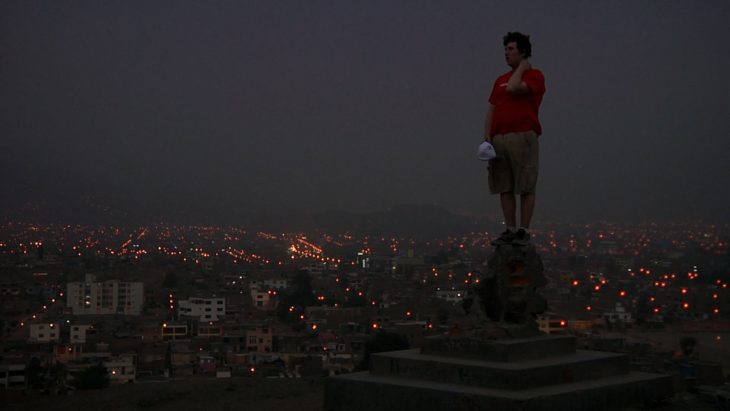 The third de:colonial film and discussion evening will focus on “International Volunteer Services – White Saviors in Action” and will take a critical but constructive view on international volunteer services with a special focus on the MENA region. Self-criticism should also be practiced and constructively elaborated. Many European students and young people engage in voluntary work in countries of the Global South, including MENA region, and have their placements arranged by mediating organisations. For some time now, voluntary work in Europe has also been offered to young people from countries of the Global South. But to what extent can those stays also be harmful?

The film H.O.P.E Was Here: Wealthy college students from Boston embark on a week-long voluntary service. With good will, the students travel to the slums of Lima, Peru and try to “help”. The trip is a point of controversy for socially conscious millennials. In their attempts to teach English and work with children with disabilities, students have to face the reality of their work and ask themselves whether they really can implement any positive changes. A new interpretation of a classic moral dilemma. H.O.P.E. Was Here deals with the interface between privilege and poverty by asking what it really means to “help” other people.

We are glad to introduce the experts on the podium: