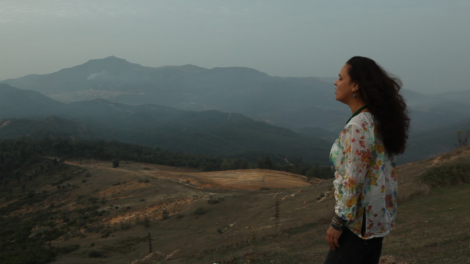 Power Inequality and Resistance in Migration and Security Policy between EU and MENA Region  Where and when: August 14th, 2019, 7 pm, Aquarium am Südblock (U Kottbusser Tor, Skalitzer Str. 6, 10999 Berlin) Screening Behind the sea“ (2017; Leïla Saadna) (OmU Arabic with german/english subtitles)Exhibition „Captives of a lost time“ – Photo-Voice Project with Germans and Refugees in Berlin and BrandenburgPaneldiscussion with public participation with Leïla Saadna, Dr. Olaf Tietje and Mariana Karkoutly (an english translation will be provided). In the second de:kolonial film and discussion w would like to investigate the following questions: How does European immigration and refugee policy affect the MENA countries and migrants living here, and how do they deal with it? Against the background of European migration and security policy towards the MENA region, repatriation agreements, remittances and the definition of safe countries of origin, the discussion will focus on the situation of migrant (wo)men in Europe. How are neo-colonial power relations reflected in European migration and security policy? What consequences does this have for migrants and how do they deal with them? What forms of resistance, alternative perspectives and political approaches are possible? Scenes from Behind the Sea The film "Behind the Sea" portrays four Algerians who have returned to their homeland or have been deported, and addresses both the lives of migrant (wo)men in Germany and France and their reasons to migrate. The photo-exhibition "Captives of a Lost Time" traces similarities and differences in the everyday experience of refugees and new arrived as well as old-established people in Berlin and Brandenburg. In the panel discussion, the following experts will share their opinion: Leïla Saadna, Director and video artist from Algier; Studied fine arts in Paris; documentary film projects worldwideDr. Olaf Tietje (University of Kassel), Research assistant in the BMBF joint project "Welcome Culture and Democracy in Germany" - Department of Sociology of DiversityMariana Karkoutly (Kollektiv Polylog/Adopt a Revolution), Co-author of the book "Das ist meine Geschichte" (Unrast Verlag 2019), collaboration at ECCHR (European centre for constitutional and human rights) and project coordinator at "Adopt a Revolution"Moderation: Julia Baumann (Projectcoordination 14,4 km e.V., Social and Cultural Anthropologist and Initiator of „Capitves of a Lost Time”) Sponsored by: