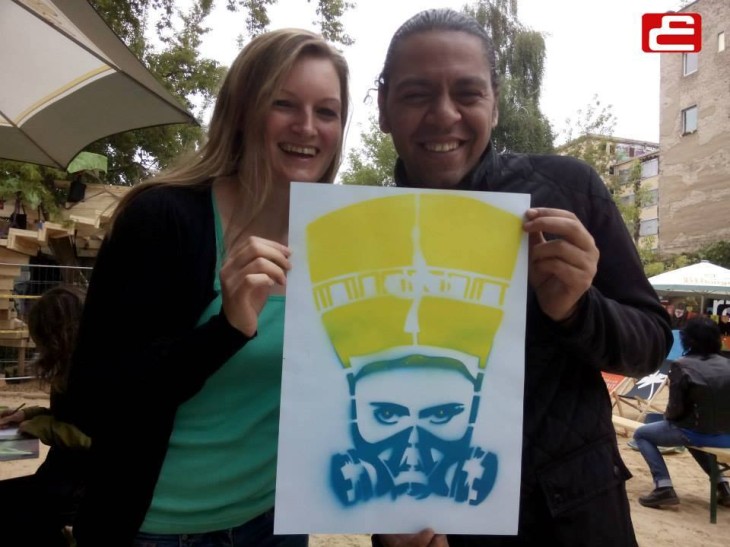 From mid June to mid July 2014, Ahmed Hassen, the founder of El Takeiba Center for Artistic and Cultural Development in Cairo, Egypt, is visiting 14km in Berlin to work together on different projects and to share experiences – an exchange visit funded by the DAWRAK exchange programme of the Anna Lindh Foundation. The first cooperation between Ahmed and 14km consisted in a street art workshop for young people, teaching and discussing graffiti and its use as a tool of protesting, and giving a general background about the art of public wall painting and linking it to German history.  Ahmed had a great time, showing a very creative attitude and – despite not speaking the same language – working side by side and in intense interaction with the young participants.

El Takeiba Center is the first cultural center located in the poor Cairo area of Shoubra El Kheima. Ahmed, who is the director, intentionally opened it there, wanting to create a space that provides access to arts and culture for the inhabitants of the area who so far have been deprived of it.  This is one of the main reasons for why it expanded quickly and is now well-known among the people of the district.

The whole idea of ​​founding this center came about due to a man called Rabea who was the guard of a famous art institute in Cairo. He loved poetry so much that someday he tried to get the chance to get into the institute and narrate a poem of his own to the audience. Yet he was banned because he was „just“ the guard of the place. This incident had a deep impact on Ahmed, and he decided to help Rabea and everyone interested in art no matter what their social class, profession, education level, political views or even religious views are – everyone should have the chance to express themselves via arts and try out their talents. Ahmed believes in the power of art to change what words and arguments cannot.

The El Takeiba Center has various projects and organises workshops for different groups of people according to their age, gender, and interests and covering different topics and different artistic methods, from acting, directing, improvising on stage, singing, comic drawing to caricature painting. The center also organises „cultural visits“, where people from Shoubra El Kheima are invited to different cultural events elsewhere in the city.

The only problem the center is facing is – as it often happens with small NGOs – the funding for these projects.  Thus, Ahmed and his co-workers at El Takeiba invest a lot of their own money and time, yet they believe the difference they get to see in the people of Shoubra El Kheima is worth it, as they change for the better and discover their interest in learning more.

Later this year, Anja Gebel from 14km will visit Ahmed in Egypt and work with the El Takeiba Center in Shoubra El Kheima. 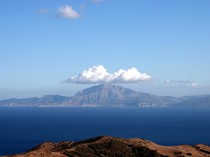 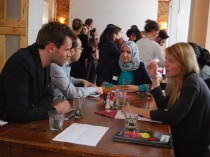 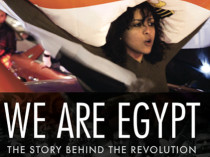