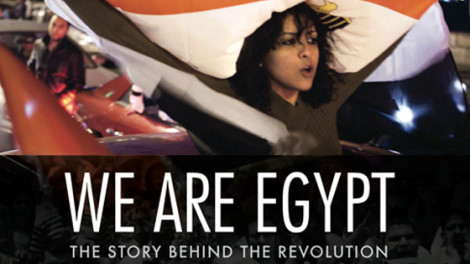 „We Are Egypt – The Story Behind The Revolution“, 22.8.13, at ZK/U Berlin (Siemensstr. 27) (Documentary and Discussion) 14km - the shortest distance between North Africa and Europe e.V. and ZK/U cordially invite you to the first event of our Arab film screenings series. In regular intervals we screen movies dealing with different Arab countries and subsequently discuss the films as well as the social and political situation in the respective country with guests from Moabit as well as with country experts, always making a link to North-South relationships. On August 22, 2013, at 7.30 pm, we start the series with the screening of "We Are Egypt – The Story Behind The Revolution” (2013, 82min, Language: English/Arabic with English subtitles), followed by a discussion. Location is ZK/U, Berlin Moabit, Siemensstr. 27-49. For directions klick here. The documentary by young US American film maker Lillie Paquette documents the 14 months preceding the Egyptian Revolution of 2011. Featuring an impressive number of personal interviews, many recordings in Egypt and detailed background information, it describes the (still relevant) political dynamics, the accumulated grievances of the population and the growing demands for social and political change that finally culminated in the overthrow of the Mubarak dictatorship in January 2011. At the same time, the film highlights the dubious role of the USA in the political affairs of Egypt. After the screening, and against the background of the film, the audience has the opportunity to discuss Egypt’s current situation with Egypt experts from Moabit as well as with Barbara Bishay from Mayadin Al-Tahrir (presented by Anja Gebel, 14km e.V.). Attendance is free, voluntary donations are most welcome.