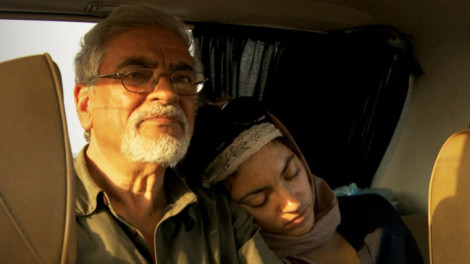 „Turtle’s rage“ (Biography / Documentary and Discussion) On 4 September 2013 at 7:30pm, ZK/U, Siemensstraße 27-49, Berlin Moabit 14km – the shortest distance between North Africa and Europe e.V. and the ZK/U cordially invite you to the second event of our Arab Film and Discussion Series. On 4 September 2013 at 7:30pm we will be showing “Schildkrötenwut” (or “Turtle’s rage”, 2012, 69mins, language: German/Arabic with German subtitles) and are looking forward to an interesting discussion about Palestine. The documentary by Pary El-Qalqili tells the story of her father, a Palestinian living in German. The author tries to understand why her father left his family in Berlin in order to build a new life in Palestine, but came back years later and since then is living in the basement of the house, withdrawn like a turtle in its shell. Through many questions and a joint trip to Palestine Pary El-Qalqili aims to find out more about her father, and at the same time uncovers his inner forlornness and sheds light on his difficult search for identity. Against the background of the film you have the opportunity to discuss the situation of Palestinian migrants and questions of identity with Moabiters with Palestinian background and Musa El-Qalqili, the director’s father and main character of the film. We would also like to talk about the (actual and potential) German role in this context: What does Germany do to mediate in the Middle East conflict and to improve the situation of Palestinians? What could the German society do in this regard? (The discussion will take place in German. Presenter: Anja Gebel, 14km e.V) Attendance is free, donations are welcome. -- In regular intervals we screen films which deal with different Arab countries and subsequently discuss the films and current social and political situation in the respective countries with guests from Berlin Moabit as well as with country experts, always trying to make a link to North-South relationships. Our first event of this kind dealt with the social dynamics that have led to the revolution in Egypt in 2011. 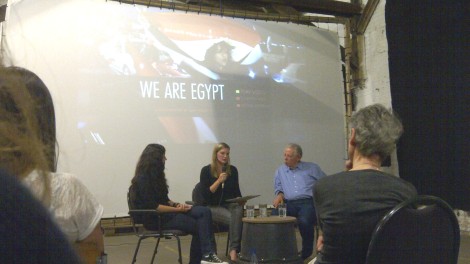 Our 14km Arabic Film and Discussion Series started successfully with yesterday's screening of "We Are Egypt", followed by a discussion about the film and the current situation in Egypt. We were happy to welcome around 70 guests who had come to watch the documentary by Lillie Paquette and discuss with Barbara Bishay from Mayadin Al-Tahrir and Mustafa Fahim, resident of Moabit, in the premises of the former railway depot Moabit. The film documents the 14 months preceding the Egyptian Revolution of 2011. The filmmaker concentrates on the April 6 youth movement but also interviews and presents the views of many other relevant social and political groups, thus tracing in a very informative way the events and dynamics which culminated in the revolution. In the subsequent discussion, Barbara Bishay, who had just come back from a visit to Egypt, gave an impressive account of current events, debates and the atmosphere among the Egyptian population, while Mustafa Fahim assessed the current situation with the distance and expertise of an Egyptian who has been living in Germany for 54 years. The event was presented by Anja Gebel (14km e.V.), Johanna Kramer (intern at 14km e.V.) and the ZK/U team provided their valuable organisational support. We would like to thank all guests for coming and the ZK/U for the awesome cooperation.