Achim's impressions from Cairo in the spring of 2017 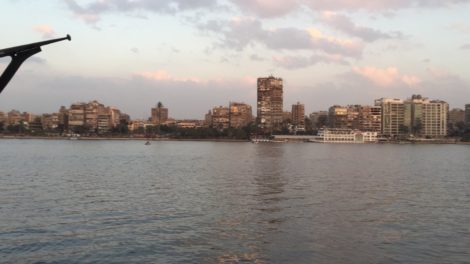 Achim is currently in Cairo for an internship with Maat for Peace, Development and Human Rights. Here is what he writes about his first impressions: "Two and a half weeks ago my fourth stay in Cairo began, after I lived here for nine months while studying in 2013/14 and after two short holidays here in March 2015 and September 2016. Due to the fact that my last visit was just a few months ago, everything felt immediately familiar again. Because my last spring in Egypt was in 2014 though, I was surprised again, how cold temperatures more than 20 °C can feel. I’m still running around wearing a pullover, even during the day. The one big difference compared to my visit in September is the economic state of Egypt after they floated the exchange rate of the pound at the end of 2016. Back then I could get 12 pounds for 1 Euro, now it is almost 20 pounds. All this comes along with rising prices of course. For me as a European, the negative effects are counterbalanced by the weak pound, but for all the Egyptians I spoke with, it is really a catastrophe!"