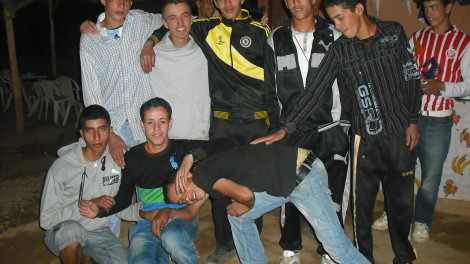 "In September 2013 I conducted an internship at the High Atlas Foundation, one of the organizations in the 14km volunteer programme. 14km had facilitated the contact and position according to my preferences and the environment-related degree I study in Austria. After two days working and volunteering in the office of the High Atlas Foundation (HAF) in Marrakech I got the opportunity to spend three weeks in Amsouzerte which is located in the Tifnout Valley of the High Atlas Mountains, close to Mount Toubkal and Lake Ifni. At my arrival it was dark and I could not see   where I was. So I had to wait until the next morning to see the picturesque valley with a river paving its way through, passing vegetated terraces, trees ready for the harvest and the clay made houses of the region - all of it surrounded by rocky mountains. But not only that; I also realized that I am going to stay here in this beautiful area for the next three weeks speaking no word of Tashelhyt, Arabic or French. This could only become an exciting cross-cultural stay, which is what I asked for! On the first day El Mahjoub, the head of the family I was living with, showed me around the village. He introduced me to a dozen people and after came the same amount of invitations for tea. Fatima then showed up; she is HAF's community planning facilitator and supports the organic agricultural project. She was the one who watched out for me. At the moment she is responsible for 48 villages in the area and very busy with the certification of walnut and almond trees. The first week Fatima tried to give me a few insights into her work. Every morning after breakfast Fatima also gave me some lessons in Tashelhyt, before we went to visit some villages, project sites or people to meet. So, I was quite well prepared for my stay. This was the time when communication became interesting; especially with the older men, it took me a while until we were able to interact with eachother, not only sitting there in silence. Out of these difficulties some made up stories arose, spreading very fast around the whole village. One was that I am the son of Yossef, the President of the Foundation who had spent some time in the area in the 1990s as a Peace Corps Volunteer. With the younger generation it was quite easy to talk. They had patience, curiosity, were not afraid of ridiculous situations and were happy teachers too. Mohammed was one of them. He drives a very old French Berliet truck and is employed by El Mahjoub. During the second week he was so kind to take me with him to his work. We started early in the morning, driving in the river bed. We had to get soil, hidden between many different sized stones onto the truck. Then it was time to get back onto the truck, heading on narrow dirt roads into the mountains, where the terrain drops down steeply, to deliver the load. That was the time when I slowly got a bit of an insight into people's daily life. It consists of a lot of physical work and the roles are strictly allocated whereupon you don't exactly know whose part the harder one is. While the women are busy with cooking, caring for the kids and the households, the men are dealing with cutting wood, construction work and other labor, often assisted by mules or donkeys. Mohammed was also the one who introduced me in the secret of preparing the well known mint tea, also called Moroccan Whisky, consisting of one-third of sugar, which can be a real spectacle/show. In the evening I met with the guys to play football, or went up the mountains to witness the sunsetting, throwing a nice light onto the valley and its villages, where Amsouzerte is the nicest one of all, having the most beautiful landscape with a lot of green vegetation. When the HAF's Vice President arrived, we examined tree nurseries, had a look at some other sites were HAF is working and talk to people who are responsible for monitoring the quality of the trees. Even with little language skills, it was very interesting for me to get a better understanding of the Foundation's approach. And suddenly the last days of this wonderful stay came. But it was not the end yet. Fatima had some impressive moments to share, when we helped the women collecting walnuts and when she took me to a remote village where she showed me the lives of a very old couple that had to live separated, due to illness. Finally I had to leave this place where everyone is welcome and where everybody takes care of you without knowing you and your background, your attitude and work, and without a common language; a place where you don't know what would happen in the next minute or what the next day would bring."   Die von uns wiedergegebenen Berichte von durch uns vermittelte Praktikant/innen spiegeln nicht notwendigerweise die Sichtweise von 14km e.V. oder unseren Partnern wider. The published reports by interns/volunteers on their internships facilitated by 14km e.V. do not necessarily reflect the opinion of 14km e.V. or its partners. 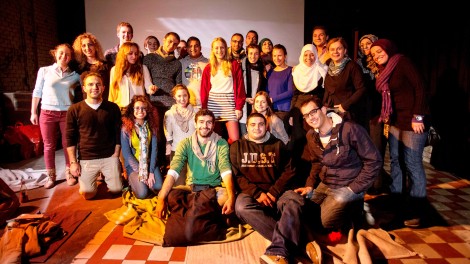 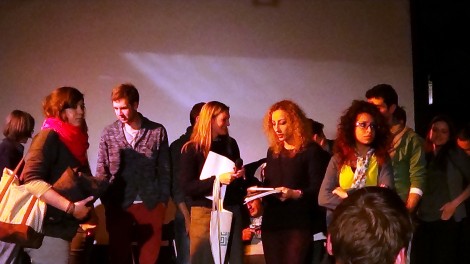 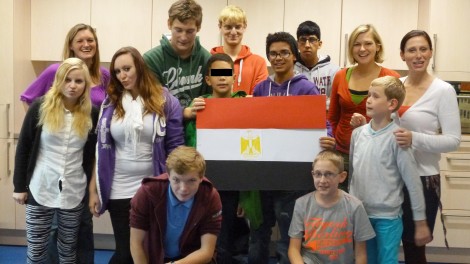